As fighting continues in Syria, 43 Islamist groups have united to form a joint « Army of Islam. » The groups have agreed to act under the joint leadership of Sheikh Muhammad

Zahran Alloush. The Army of Islam’s creation was officially announced in a ceremony on Sunday, September 29, 2013.

Al-Qaeda’s Jabhat al-Nusra, along with ideologically similar groups such as ‘Ahrar al-Sham’ (Free [Men] of the Levant), did not join the « Army of Islam », despite sharing its goal of toppling President Bashar Assad and instituting Sharia (Islamic law) in Syria.

At the same time, the « Free Syrian Army » (FSA) is working to reunite its leadership after several commanders disassociated themselves last week from its leadership.

Thirteen militant brigades announced that they reject the Syrian National Coalition (SNC) and the FSA under the leadership of Salim Idriss. The groups’… 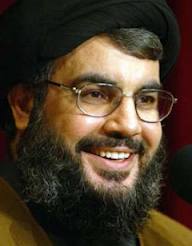 Expert news and commentary on intelligence, espionage, spies and spying